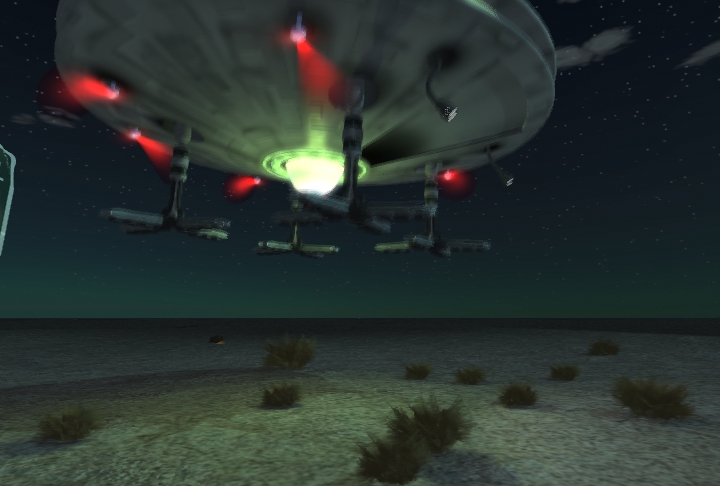 Here are some examples of my computer graphics design and modeling skills.  For most of these I was using Lightwave.  I didn’t learn Maya until later in my career, and had to leave Lightwave behind me.

Being a CG Artist is a long, long road of training and self-discovery. Not everybody can do it. 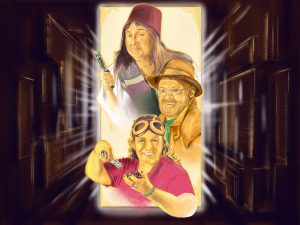 I do both digital and “real world” painting, and the occasional mashup for fun:

This was a commission for Second Geekhood. We did a photo shoot so I’d have good reference material, then I did this painting based on those. It took an evening to do the photo shoot, and another four days to do the painting. There are problems with it, but I’m probably the only one outside of a more skilled illustrator that can see them. 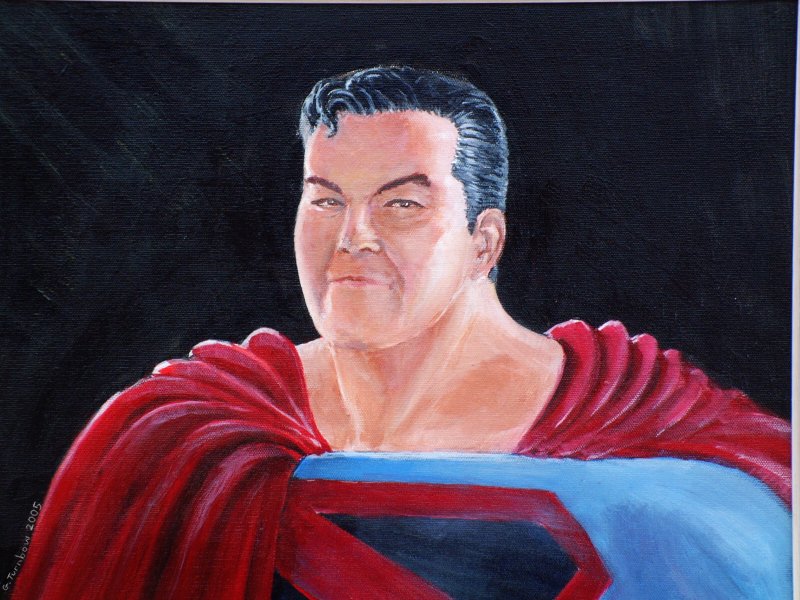 Painted for a friend, Jim Davis (no, not the creator of Garfield) for his 50th birthday. Acrylic on canvas – it was the first time I’d tried to paint anyone’s likeness in perhaps 30 years, so I’m not as happy with it as I’ve been with other things I’ve done. He loved it, though. 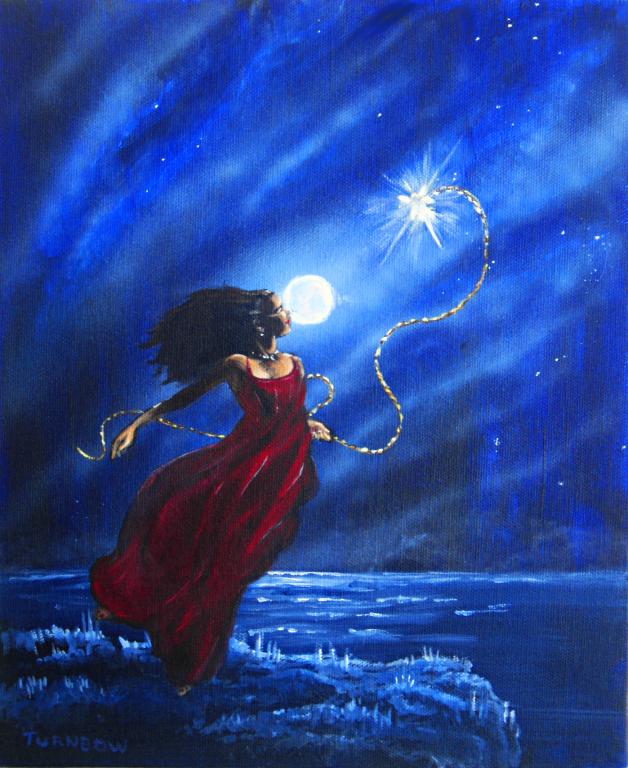 Painted as a birthday present for another friend, Susan Fox. Acrylic on canvas, 11″x14″.

This is the pencil work, mostly.

I should really get around to updating all this. I’ve done better work more recently. 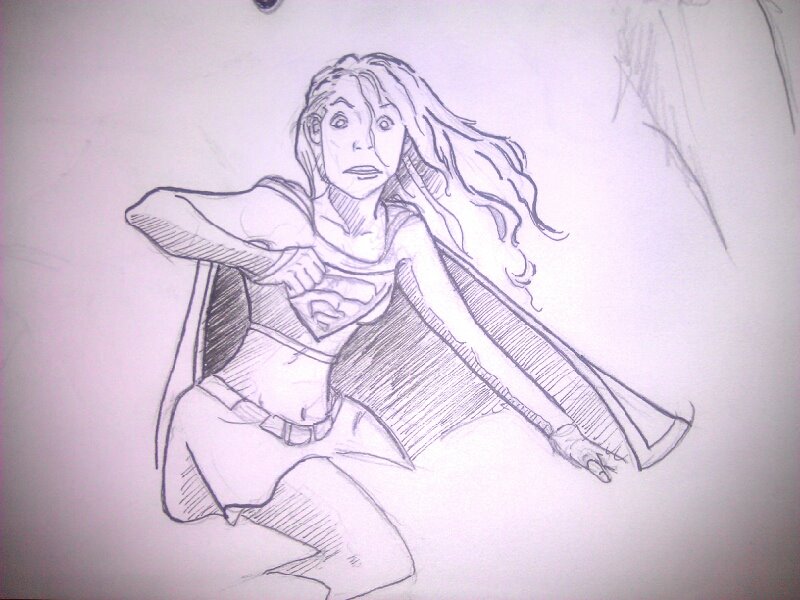 Pencil, taken from a comic book cover (sorry, I don’t remember which one, but this is a redraw of somebody else’s artwork.)

The famous figurative artist, Karl Gnass. I was his studio liaison at Rhythm and Hues while I was there. 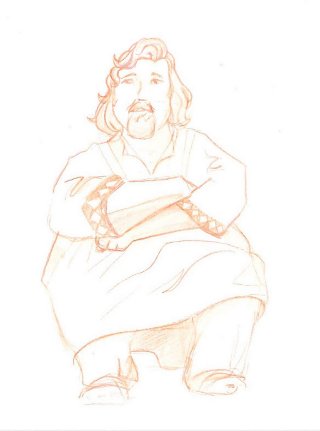 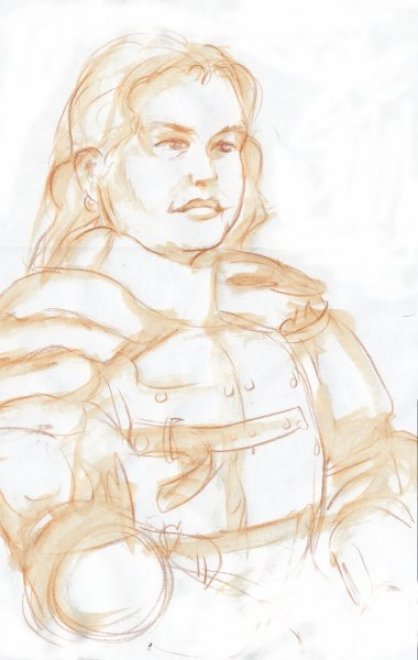 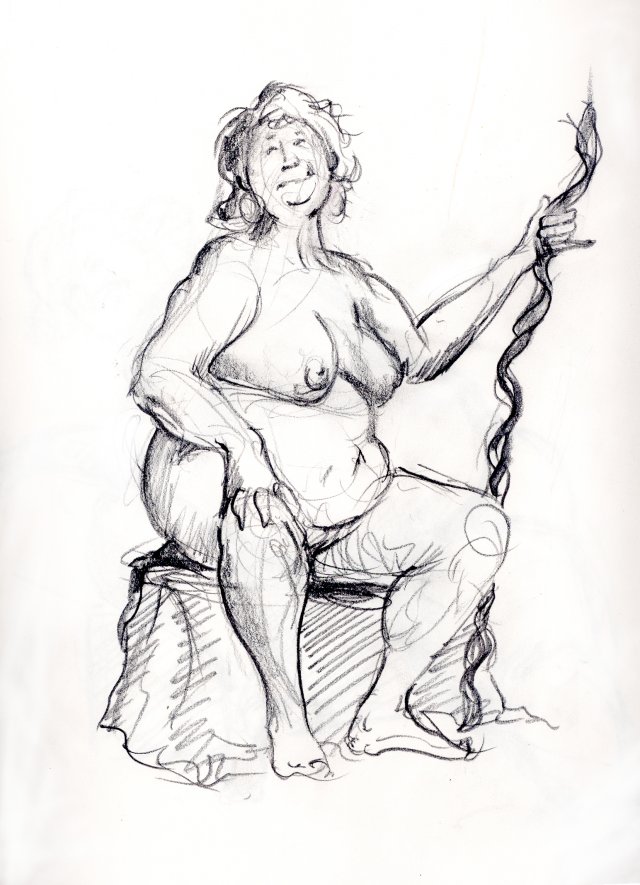 Life drawing. This is about a 5 minute sketch. 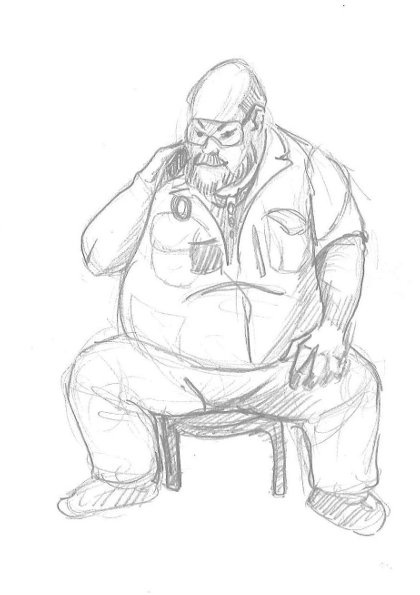 This is the guy that’s been running the hospitality suite at LOSCON for years now. 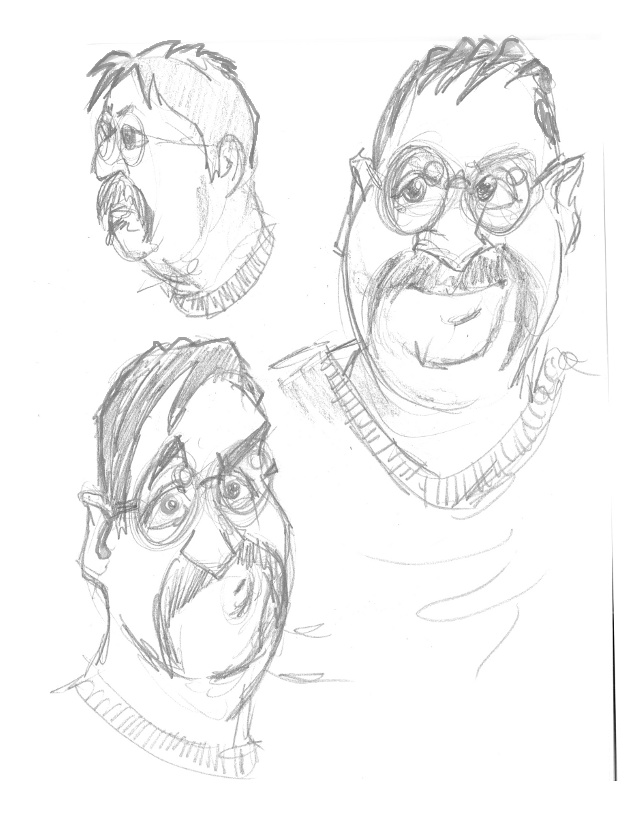 Caricatures drawn from life. I remember he wasn’t all that pleased when he found out. 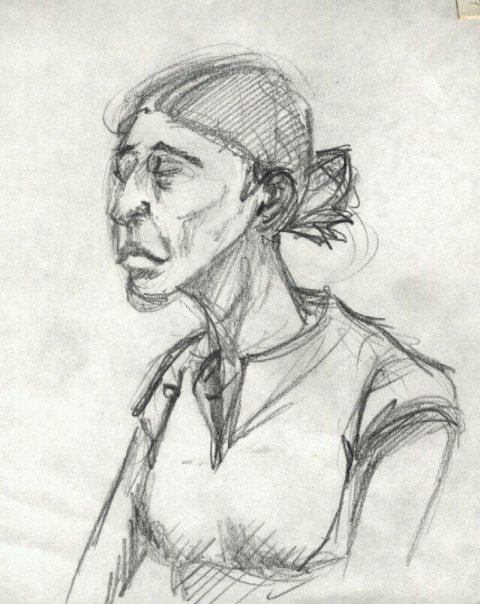 I saw this girl at a Denny’s in Simi valley. I had been working on caricature that month, so I did one of her. I could easily have pushed it the other way and made her pretty, but pretty is often also quite boring… 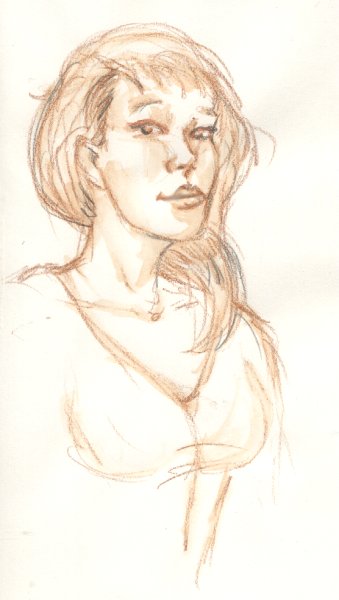 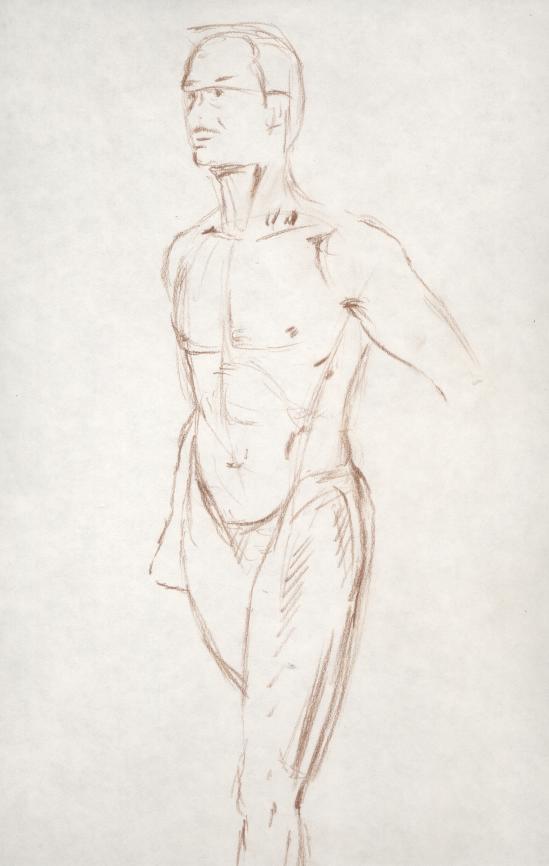 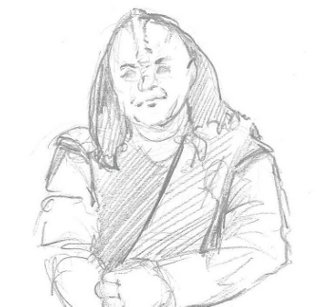 A portrait of a Klingon cosplayer I met at a convention. 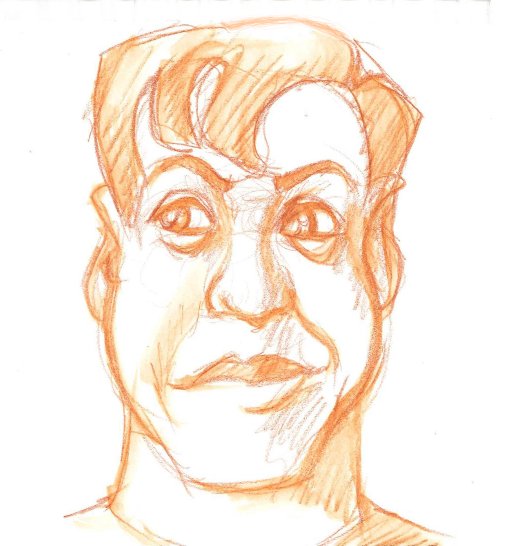 An attempt to develop a visual style for a set of character designs. 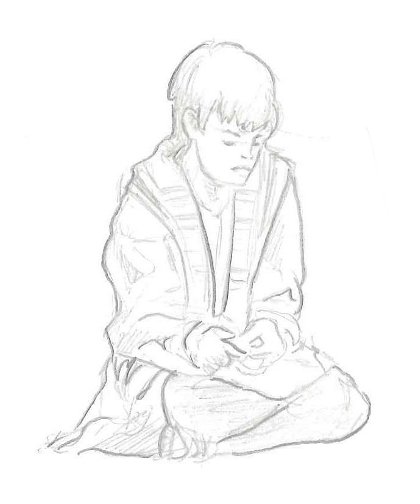 Drawn from life, SCA Great Western War, about 2013 or so. 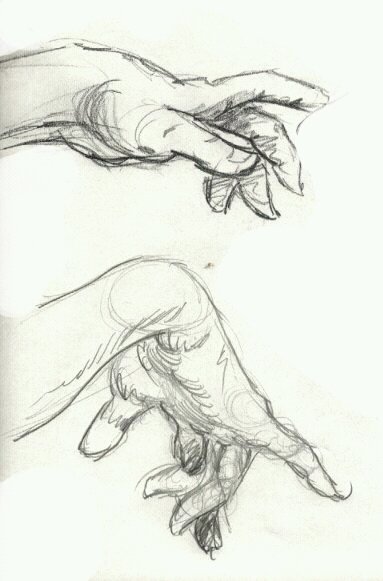 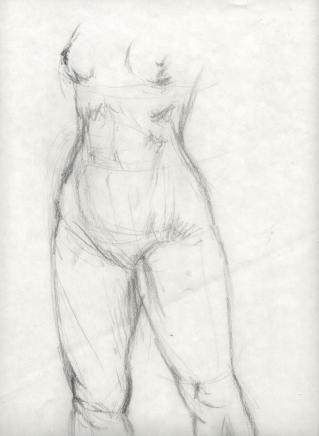 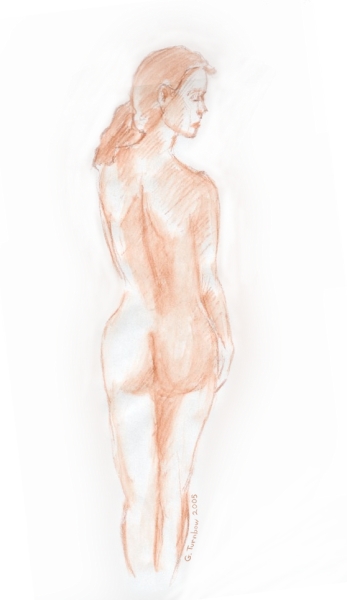 Studio drawing, 2010. Apparently at this stage I was having trouble drawing feet, and had a tendency to just leave them off. Bad artist. no cookie.

I’ve been planning to update my site since forever, and finally got fed up with the problems with the rickety HTML pages I’d been using, and made it a WordPress site instead.

A note about myself – I’m a professional writer, artist and animator. I’m also the creator and station manager of the world’s foremost science fiction radio station, SCIFI.radio. It’s the greatest work of my lifetime so far, and I hope you go give it a listen.