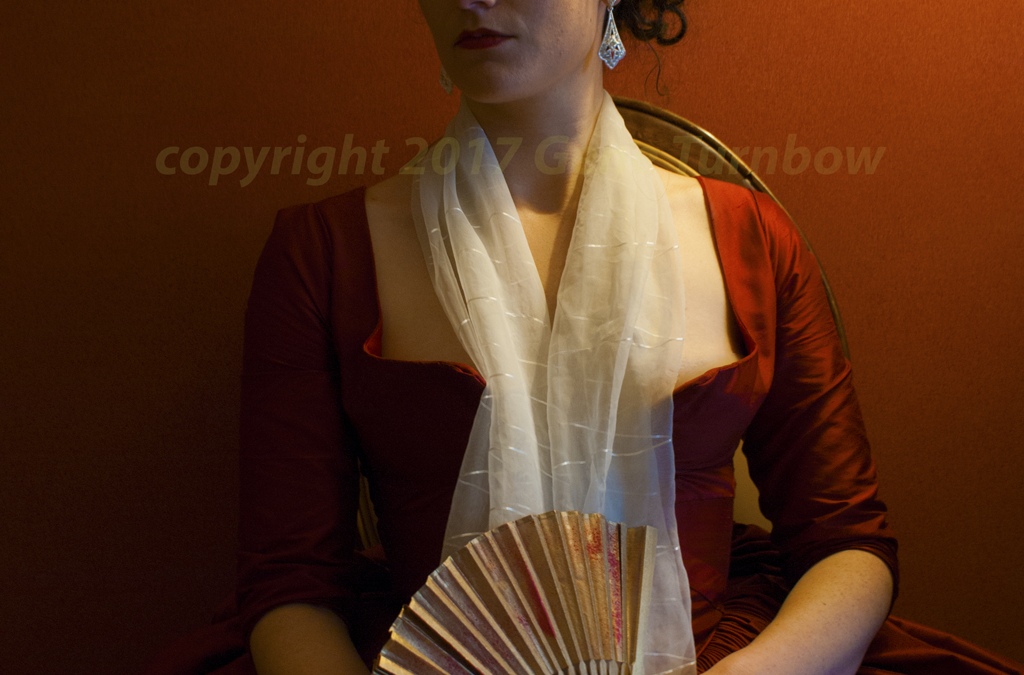 Yes, Virginia, there is a difference between taking snapshots and taking photographs. This is what the difference is:

The subject was seated beneath a single light source that produced some fantastic surface modeling on her hair, her face, the dress, the subsurface scattering in her skin and the scarf, and created a dramatic chiaroscuro effect. The point source lighting beautifully modeled the geometry of her face, shoulder and hands, and the eye is led in sweeping arcs from one to the next.

I’ve seen paintings by Degas and Rembrandt that used this technique to great effect, so when I saw this happening before my eyes, I had to have the picture.

And that’s the difference between a snapshot and a photograph.